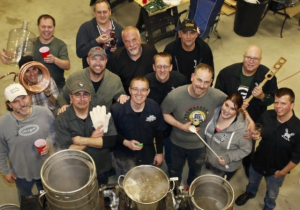 When it comes to brewing beer, there are four main ingredients: grains, hops, yeast and good water.

There are many paths brewers can take when crafting the perfect beer, including whether they use a malt extract or make their own grain, as well as whether they bottle or keg the final product. But one thing many homebrewers realize after their first batch of bubbly goodness is their ability to craft a beer that’s unique to their own liking.

Aside from the time needed to brew and sterilize tools and the two-week fermenting period once a batch has been boiled, there are many advantages to homebrewing.

One advantage is knowing exactly what’s going into a product.

Carri Crosbie, owner of Roscoe’s family-operated Crosbie’s Homebrew Supply, said deciding which hops and grains to use, and having gluten-free kit options, allows brewers to have a peace of mind because they know what they’re consuming.

“Brewing your own beer is not just a hobby,” Crosbie said. “It’s like gardening. You know what’s going into it.” 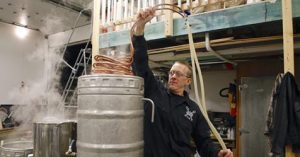 Brewers often boil their batches alone, but there’s a microbrewing community in the city that supports one another, Crosbie said. She also said a portion of the Rockford microbrewing community either buys hops, the ingredient used to give a brew its flavor, locally from farmers or grow it in their at-home gardens.

Another major perk to crafting your own brew? You can make what you want. 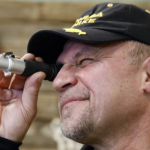 Joe Mongan, president of Forest City Brewers, a Rockford-based microbrewing club, said he started brewing about six years ago with his son-in-law. He said after his first brew, he was hooked.

“The thing I like about brewing is if you can’t get it, you can brew it,” Mongan said.

Mongan said the friendly brew-of-the-month competition hosted by the Forest City Brewers not only hones members’ brewing capabilities, it also introduces them to new recipes.

The new recipe ideas often inspire a new brewer to test out a new hop or tweak his or her process.

Since investing in his microbrewery, Mongan said he rarely drinks commercial beers. When and if he does drink commercial drafts, and likes it, he challenges himself.

“If I do buy it, I’ll try to find the recipe online and clone it,” Mongan said. 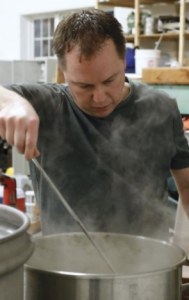 A membership to Forest City Brewers isn’t just about taste-testing beer, he said. It offers brewers a community of support.

When brewers are involved in groups like Forest City Brewers and are unable to figure out why a brew isn’t turning out the way it’s expected to, having a community of like-minded individuals is a source of instant feedback and revelations, Mongan said.

Mike Sears of the Homebrew Rockstars podcast has been brewing for about 20 years and said having a source of constructive criticism and praise found at brewing clubs serves as a consistent motivator.

“There’s something to be said when you get a peer who says, ‘This is good,’ or, ‘You should try something different,’” Sears said.

Those who are considering the hobby may be intimidated by the technical terms such as “glass carboy” or “hydrometer test cylinder” used to describe brewing tools and different processes. With a connection to the internet and clubs like Forest City Brewers, a novice brewer can easily navigate his or her way toward a sound understanding of brewing.

“The internet’s a good source because there’s some tried-and-true sources out there,” Sears said. “The last thing you want to do is brew a beer you hate.”

Jerry Machula, who began brewing about a decade ago when a friend bought him his first beer kit, said he understands how intimidating it can be when someone is first learning the craft. Each month he alternates between presentations aimed at novice and experienced brewers at Forest City Brewers to try to educate them about different brewing concepts and ideas.

While the presentations are helpful to the novice, he said he strongly advises beginners to find a mentor. He also said those interested should consider their dedication to the hobby.