Forest City Brewers host a homebrew contest at club monthly meetings, with a different featured style chosen for each month. The contest is judged during a blind sampling taste test by those in attendance, and points and prizes are awarded to the winners. Monthly points are compiled to determine the Forest City Brewer’s “Homebrewer of the Year” awards. Check out our RECIPES page for starting points.

(This helps the beer stewards and making a smooth check in)

Provide the following information per entry :
First and Last Name
Style or Open
BJCP # and STYLE NAME
(NOTE: limit one entry per table per member)

In order for your entry to be voted on and competition points awarded your entry must have the following:

Due to the unpredictable nature of the times, the FCB officers have made the decision to temporarily set aside the monthly style contest. There will still be a monthly open table contest as long as there are in person meetings. So keep the homebrew coming!

Sign up for an AHA membership & give back to the club! 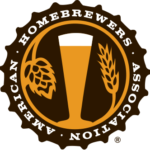