Visit BeerFests.com for comprehensive guide to 2016 craft beer festivals everywhere, year round. Below is a list of some bigger ones, near and far… 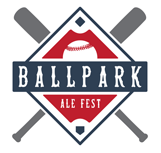 Screw City Beer Festival: SCBF2016 in Rockford, IL will be a little bigger this year (see full details) Date: September 10 Tickets go on sale June 4 at noon (got to  SCBF2016)

Savor: SAVOR is the main beer and food pairing event in the US! With 65 of the nation’s top independent craft brewers participating, this is where beer enthusiasts and foodies can interact directly with some of the greatest brewers and brewery owners in the world. Date: June 3-4, 2016 Where: Washington, D.C.
Website: SavorCraftBeer.com

Great American Beer Festival: Three days, over 600 breweries and more than 3,000 beers to enjoy. 2014 will be the 34th year of the festival with nearly 50,000 people expected to attend. Purchase your tickets early, as the festival has sold out the past six years! Date: October 6-8, 2016 Where: Colorado Convention Center, Denver, COB
Website: GreatAmericanBeerFestival.com