Styles to be brewed: Vienna Lager and Brut IPA

Winner to be scaled up at LBC 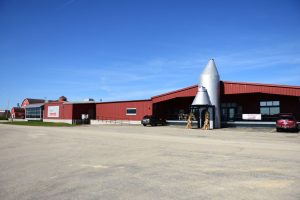 DETAILS: If you are interested in brewing for this event please respond to this email. You will need a 5-gal keg per beer.

At check-in, LBC will assign numbers for the kegs and hook them up accordingly.  That ensures a non-biased set-up.   During the event, beers will be poured by a designated bartender, not one of the brewers, also to ensure non-bias.  We will structure the event in flights, 4 beers per style.   Beers will then be judged blindly by a ballot.   At the end of the event, we will collect the ballots and have the winning beers announced.

To determine “Best of Show”, the staff of Lena Brewing Company will judge the two winning styles for the winning recipe.

One idea is to have both of the winning styles brewed but at the appropriate time of the year, for instance, beginning of summer for the Brut IPA and fall for the Vienna Lager.

At conclusion of the Brew Off, we will break for dinner and meet back at LBC for the Iron Brewer for the Cheese City Brewers & Vintners.